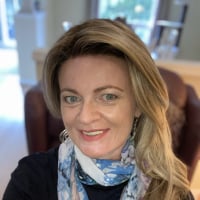 BeamBlossom ✭✭
July 2020 in Encouragement and Support
I have just finished all my chemo treatments and today had a discussion about follow up with my oncologist, I am shocked to hear that followup does not include CA125 blood work or CT scans, it will only include a physical exam, it will be up to me to monitor myself for physical symptoms  that might indicate a re-occurrance of the cancer. Is this typical? Has anyone else been told this is how their followup monitoring will be managed?
0