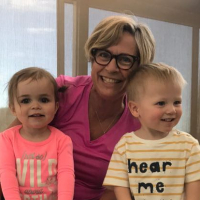 gaylestorm ✭
December 2021 in Side Effects
After much anxiety and dread I've just had my abdominal fluid drained and wanted to alleviate other peoples stress about this procedure.  I had thought the procedure would be painful and was very happily surprised that this was not true.  While the utlrasound took some time to determine the extact location of the fluid, the actual procedure was fairly quick.  The area was given a pain free freezing before the aspiration was done.  I hope this might help decrease any stress or worry.
0