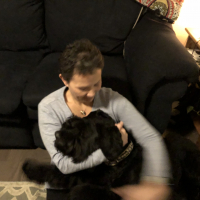 I'm new to OV dialogue, but not to OV CA. I was diagnosed in 2011 with stage IV serous epithelial, had debunking + carbo/taxol, then was stable for 5 years. In late 2015 I developed symptoms of frontal lobe brain tumour, then it was found in January. Flap surgery was followed by cyber knife radiation, then Lynparza for nearly two years. Last week I was told I've had a recurrence in the lymph nodes. CA-125 has been climbing for months, peaked at 113, and CT showed several enlarged retroperitoneal lymph nodes. My oncologist cannot confirm with a biopsy in that location, but says treating with 6 cycles of carbo/taxol is the way to go. I'm wondering what chemo might be like this time around, since it's not preceded by a bear of a surgery. Also, I'm not in shock anymore, so don't need to take so much Ativan.

Any sense what I'll be facing this time around with chemo? Your input is helpful. I'm wondering how much I'll be unable to function. I managed last time with Emend for nausea, Gabapentin for pain and neuropathy.