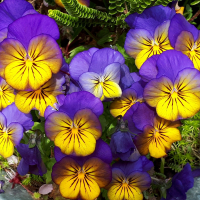 smm70 ✭
June 2018 in Side Effects
I was diagnosed in 2015 with Stage iv high grade serous ovarian cancer.  I went on a dose dense weekly chemo protocol, had debulking surgery, then 2 more cycles of chemo.  I was pleasantly surprised that I had no major adverse reactions to chemo, and had 2 1/2 years of remission before recurrence. A week ago I had my first chemo session with large dose of paclitaxel and carboplatin (GOOVCTR) to be administered every 3 weeks.  The side effects of this protocol are far more serious, because of the joint and nerve pain I am still experiencing a week after the treatment.  It feels like I am walking on pins and needles.  I am concerned that the nerve damage could possibly be permanent after 6 rounds on this chemo.  Has anyone experienced this, and if so, how are you doing after treatment?  The fatigue and slight nausea I can handle, but nerve pain not so much.  Any information would be appreciated
0
«12»