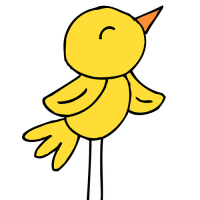 Hello everyone. Just wanted to share my story & experience as a BRCA positive patient. Please feel free to ask any questions in the comments and I'll try my best returning them. There's a long reading down below, but I've tried to make it as informative as possible. So, enjoy.

I am in my early 40s with three wonderful kids and loving husband. Before being diagnosed with BRCA mutation I was a heart patient already for a while. This however did not prevent me from having a successful career.  There is an extensive heart condition/cancer cases in our family. But actually, I wasn't thinking too much about the significance of familial medical history and its potential life-changing impact. Last summer I've got a genetic testing which is called Whole Exome Sequencing, aiming to pinpoint a mutation responsible for my cardiac issues. The genetic testing showed some mutations which can be responsible for that in our family. But surprises kept coming and more extensive genetic investigation discovered an addition gene mutation in me. This was BRCA1 gene abnormality. This explained my mom's cancer as well as other family members' deaths of uterine/ovarian/colon/breast cancers. This discovery was totally an incidental finding, because initially, this genetic testing was done for different reasons.

BRCA1 and BRCA2 genes are called tumor suppressor genes, so this is what they do: they don't allow tumors in our bodies to grow. In our family one of these genes seems got faulty many generations ago, and made many women at my mother's side die of cancer before they reach 50 years old. BRCA 1 mutations are associated with significantly higher risk of getting cancer at a young age than those of BRCA 2 gene. So I was assigned as a Cancer Hereditary Clinic patient, and offered some treatment options. Why treatment, without getting a cancer diagnosis? Because of the high risk to get it at a younger age, and because BRCA-associated tumors are considered to be more aggressive & fast growing than those developing with age or from environmental factors. My genetic testing report notes that "cumulative female breast cancer and ovarian cancer risks associated with this specific mutation have been estimated in the literature at 67% (range: 36-83%) and 33% (range: 8-50%), respectively". Just to compare, overall breast/ovarian cancer risk in a woman without BRCA 1 mutation is 12% for breast and 1.3% for ovarian. 12% does not feel low, but 67% and 33% sounds really scary even as an "absolute risk".

In Canada and USA most women with BRCA1 or 2 mutations are offered mastectomy surgery or yearly breast MRIs alternating with mammograms starting from age 35-45. For ovarian cancer prevention the removal of the ovaries and tubes is strongly recommended after family is considered complete by a woman and she's done with having more kids. So aggressive approach is preferred because there is no reliable test to date which can detect ovarian cancer early, comparing with breast cancer screening tests. I was readily having some symptoms like bleeding/constipation/bloating/weight loss.

Soon I've met with a surgeon oncologist to discuss my preventative surgeries and options. With just having BRCA1 mutation I qualified for salpingo-oophorectomy operation (removal of the ovaries and tubes) within few months. I also asked for an internal exam from my obgyn, and she was able to feel a "mass" in my tummy. After the subsequent ultrasound did not confirm her findings, I've asked for a CT scan. I'd like to thank @amyc ;  @Flowergirl    @CurlyHair and some others who suggested to ask for the test. This worked and turned to be necessary.

The waiting time for CT scan of 2 months seemed too long for me. I've decided to pay privately and get it sooner. This idea was supported by my Family Doctor. The report confirmed the "mass" located in my uterus, as well as lesions in the liver and some of ovarian ducts abnormality. This CT scan proved to be a game changer. An urgent follow up ultrasound provided more insight into the nature of this "mass", which was reported then as "ill-defined". After getting this report, the surgeon oncologist agreed it was reasonable to add a hysterectomy at the time of surgery to remove my ovaries. I was informed that the operation may result in elevated risk for my heart condition to be affected by surgical menopause. But I was still having uterine bleeding causing anemia and weight loss, so I agreed to have surgery asap anyway.

I think, my surgery was booked relatively "fast" (within 3 months) because of BRCA1 status and CT scan findings. Women with worrisome symptoms, but without BRCA mutations (i.e. not followed by a Hereditary Cancer Clinic) are left to the option of waiting too long for lifesaving tests or paying for them privately. This seems so sad to me, and this is a big separate topic to discuss I think.

Fast forward, I've had my surgery. My pathology report arrived couple of days ago. Seems I've got the best possible outcome, given my surgery was supposed to be preventative one initially. Turned out I had several issues and a  heavy mass was pushing on my colon which resulted in constipation. After I've got my pathology results over the phone, I've had a feeling of "narrow escape". There was no cancer. But the surgery not just discovered and removed the reason for my symptoms, it also showed how risky it's to be a "BRCA mutant". I feel like this all solved the mystery of women dying so young in our family.

Today I am recovering so well. Next steps for me are to get hormone replacement therapy and to decide what I can do to reduce breast cancer risk which still remains significant.

Thank you ladies for your supportive messages, insights and comments. Each of you has a story of courage & strength, and I think this is incredibly important to share and exchange our experiences to inform and help others through their journeys.

Take care and have a wonderful weekend