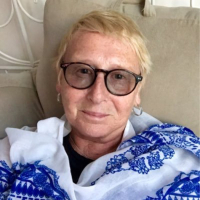 cavy ✭
February 2018 in Treatment
Good MOrning ladies has any one had any experience on having here chemo weekly rather than every 3 weeks . This will be my 4th time with chemo if they decide that i need it again fighting for 4 years now . I had read somewhere that the side affects are a little milder with the weekly .
I have clear cell stage 3b .
0